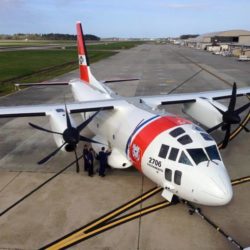 SAN FRANCISCO — The Coast Guard rescued two people Tuesday evening after a plane went down approximately nine miles south of Pillar Point Harbor.  It was reported that two BE-36 planes were flying together when one went down in the water in Half Moon Bay. The second plane contacted air traffic control, which relayed the information Leer másCoast Guard rescues 2 from downed plane in Half Moon Bay[…]